AOP has the capability of reducing the concentration of contaminants from several-hundred ppm to less than 5 ppb. By using the strongest oxidants, AOP can efficiently oxidize essentially any contaminant in water at a diffusion controlled reaction speed. Contaminants are rapidly converted into tiny inorganic molecules.

Due to its high oxidative capability, AOP can reduce even the most difficult organic and inorganic contaminants. The contaminant materials are converted into stable inorganic compounds, such as water, carbon dioxide and salts.  Sometimes AOP is the only option when traditional biological processes are not effective.

AOP can effectively reduce biologically toxic or non-degradable contaminants, such as aromatics, pesticides, petroleum constituents, and volatile organic compounds. After undergoing AOP, cleaned wastewater can be reintroduced into streams or sewage treatment. AOP can be added to an existing traditional water treatment system to meet changing regulations without redesigning a completely new system.

When ozone is used in the AOP, the strongest oxidants that can be applied in water reduce contaminants with high COD or non-biodegradable molecules.  Ozone has the unique ability to efficiently treat groundwater polluted by metals, such as iron, manganese, as well as hydrogen sulfide (H2S).  A significant advantage of ozone is that the UVT (ultraviolet transmittance) of the water is irrelevant for ozone treatment; ozone is effective even when the UVT is very low.

The advanced oxidation process does not add any hazardous materials to the water. Since ozone is one of the most effective oxidizing agents, the formation of byproducts is very low.  Micro-pollutants are becoming a serious health concern with more countries taking steps to address this issue. Ozone is able to treat non-biodegradable products (such as micro-pollutants) that can be missed in traditional treatment processes. Ozone is able to transform these harmful substances into more biodegradable materials that are absorbed and decomposed on the biological activated filter.

1,4-dioxane, for example, is a contaminant of emerging concern that is used widely as a stabilizer in certain solvents, paint strippers, greases and waxes. According to US EPA, “1,4-dioxane is a likely human carcinogen and has been found in groundwater at sites throughout the United States. The physical and chemical properties and behavior of 1,4-dioxane create challenges for its characterization and treatment. It is highly mobile and does not readily biodegrade in the environment.” Ozone AOP is an effective treatment for 1,4-dioxane.

Ozone AOP is also a very effective solution against mycotoxins in drinking water sources, including harmful blue-green algae which is becoming a growing problem. In addition to taste and odor issues, blue-green algae, also called cyanobacteria, can produce cyanotoxins, which can cause a host of adverse health effects in humans. 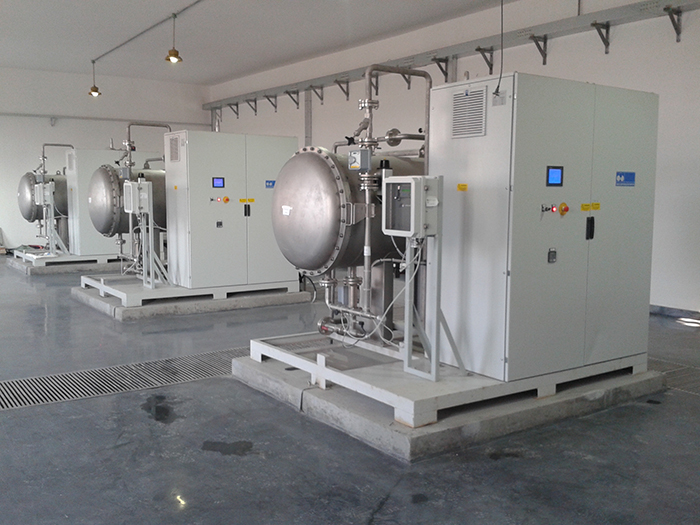 Register for our newsletter here Contact us for more information here