How De Nora Water Technologies helped Northumbrian Water to achieve outstanding results in the quality of its effluent.

Due to forecasted commercial and residential developments in the catchment area and the planned introduction of more stringent discharge consents, Northumbrian Water announced in November 2009 that it was to enhance and extend the existing Bowburn Sewage Treatment Works (STW) in County Durham.

The aim was to meet the increased demand caused by the rise in population serviced by Bowburn to approximately 13,000, while at the same time delivering improvements to the quality of effluent discharged to the rivers and local environment.

Besides an increase in capacity, the plant was redesigned to incorporate a third stage of treatment and chemical dosing to meet tighter ammonia level and phosphate removal requirements as well as the removal of more suspended solids (TSS) and Biochemical Oxygen Demand (BOD).

De Nora Water Technologies was selected by specialist contractor Byzak Ltd to design, manufacture, commission and install three De Nora TETRA™ NSAF and three DE NORA TETRA™ DeepBed™ Filter cells as part of the extension to the existing processes. The tertiary filtration technology was installed in late 2011 and performance trials were successfully completed in January 2012, with significant improvements measured in the quality of effluent despite the increased volumes being treated. In addition, further environmental and amenity improvements have been noticeable due to a reduction in levels of suspended solids and phosphate.

Since the works was commissioned in 1964, the quality of effluence has been steadily improved with the latest stringent requirements being 10mg/l BOD, 15mg/l TSS and 3mg/l ammonia based on treating 5,000 m3/day.

De Nora TETRA NSAF is an upflow, fixed-film biological reactor that generates minimal solids requiring handling and disposal following treatment. The technology is robust and adaptable and can be engineered in a range of sizes – from small modular units suitable for above or below ground construction to bespoke configurations for large plants.

Installation of De Nora TETRA™ NSAF and De Nora TETRA™ DeepBed™ Filters has delivered an impressive reduction of 35% in phosphate levels and reduced the volume of suspended solids from entering the river networks by almost a quarter of a tonne, thereby improving the quality of effluent discharged to an area of truly outstanding natural beauty.

This has had a significant positive impact on the overall health and amenity value of the river systems as there are fewer solids to block out light and potentially increase silt in the river systems. In addition, reductions in the levels of phosphates in the water have tackled potentially harmful and toxic algal growths, that deprive the river of its life source, oxygen.

The investment by Northumbrian Water Limited has significantly reduced the variability in the quality of the effluent, so the levels discharged to the environment are not affected by seasonality, weather or other aspects.

The installation of NSAF and TETRA DeepBed Filters at this strategic sewage treatment works has also provided extra capacity to support the economic regeneration of this important area of the North East, and ensures compliance with European legislation and local environmental action plans.

Since completion of the works, Northumbrian Water has continued to invest to improve the quality of water courses in the region and has achieved 100% delivery of its AMP National Environment Programme, according to data contained within the Environment Agency’s report on water companies’ performance in 2016.

Frank Errington, Treatment Works Manager at Northumbrian Water, admits the positive impact made by the installation of De Nora’s NSAF and TETRA DeepBed Filters took him aback when he first visited Bowburn STW following completion of the improvement works.

“Pre-TETRA™ NSAF and DBF, Bowburn STW had variable treatment capabilities mainly seen around weather changes and conditions. The predicted catchment growth expansion would have potentially created situations where the works compliance standards may have been breached,” he said.

“The performance on site has been excellent since the installation of the NSAF and DBF. Although the expected growth in population within the catchment area has yet to be fully realised, the required compliance standards are being easily achieved at present with suspended solids and phosphorous at times being so low to be classed as not traceable.

“My first viewing of the NSAF and DBF cells at Bowburn STW was in December 2016 when I was appointed Treatment Works Manager for the area. I was amazed then, and still am to this day, by the quality of effluent. At the time, I commented that “the final effluent looks like tap water.” 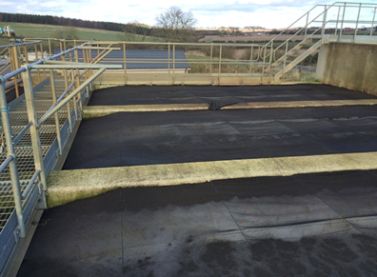 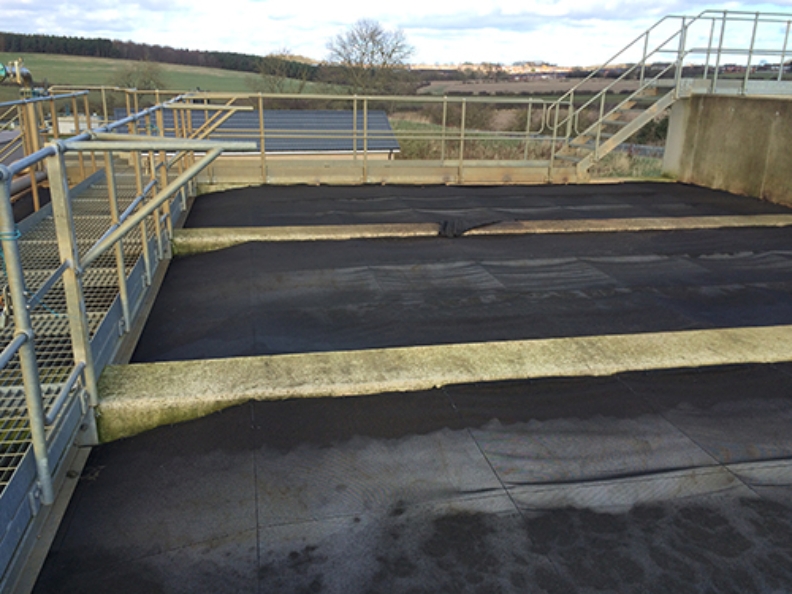