Denora uses cookies to improve the user experience. If you need more information or want to change the settings click here [AGREE]

The organization of De Nora reflects the growth realized over the last decades by acquiring and integrating key competitors.

Partnerships and Joint Ventures are the key engines for the business growth. Their strong market presence, the robust portfolio and the continuous innovation supported by the several synergies with De Nora's R&D, grants to De Nora a stable business flow.

Based in the same building as the HQ, serve South Europe commercially.

Company traded on India stock exchange, with the absolute majority of the share owned by Industrie De Nora. 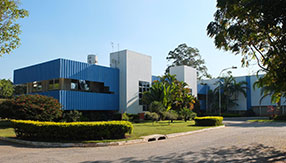 Established in 1973 as as first plant outside Europe, serves Latin America markets

Wholly owned company of Industrie De Nora after his acquisition from Mitsui on September 2010.